How Harley-Davidson Got Their Start

How do you know if a brand has gained immense success? Some might say it depends on the annual generated profits or the growth of their customer base. While these are all necessary for measuring success, there’s one more thing that can indicate that a brand has truly gone farther than any of its competitors—recognition.

Brand recognition may be intangible and invisible, but it is just as crucial to an organisation’s success as much as the numbers you can count. Awareness and recognition lead to trust and equity. The more recognition your brand receives, the more successful your business will be!

When it comes to brand recognition, no other motorbike company comes close to the worldwide recognition that the Harley-Davidson has garnered over the years.

Of course, other motorbike businesses provide nearly the same quality as a Harley Davidson. Still, if you were to give another motorbike that’s synonymous with power, passion and class, you would come up empty.

With this motorbike company making waves worldwide, it would be natural to wonder how this company was born and what caused the motorbike revolution. Before Harley-Davidson came to be, everything started with four young men who strived to take the work out of bicycling.

A Tale of Two Lazy Men

Some of the biggest brands were created from big dreams, but the case is slightly different for Harley-Davidson. Unlike other business leaders who had a vision of changing the world, the pioneers of the famous motorbike company were just lazy.

Back in 1901, the introduction of the bicycle was the best new invention, allowing individuals to travel farther and faster than by foot. It wasn’t long before nearly every American was exploring lands far and wide by pure pedal-power.

While it’s true that the invention of the bicycle is a significant part of the history of transportation, this didn’t impress 20-year-old pattern-maker Arthur Davidson and 21-year-old draftsman William S. Harley.

Is there no way for people to travel without putting too much work on their legs and feet? When they found out there wasn’t, they started to work to make the impossible possible. 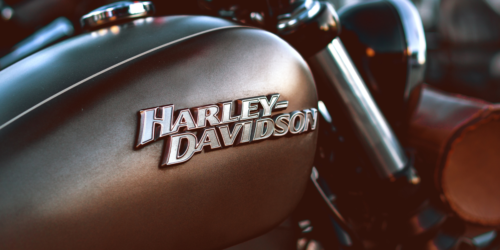 When the Pair Became a Formidable Group of Four

Of course, William Harley and Arthur Davidson were well aware that they weren’t going to be able to develop the two-wheeled wonder of their dreams with the skills of a pattern-maker and a draftsman. If they were going to build a motorised bicycle, they would need the expertise of a skilled mechanic.

Well, soon enough, the duo recruited Walter Davidson, Arthur’s railroad machinist brother. Walter looked forward to getting a ride on the motorcycle promised by Arthur, but he soon realised that he needed to help them invent it before he could give the motorised bicycle a spin.

Disappointed or not, Walter decided to stay with the pair and help them build the motorcycle they’ve meant to invent. But of course, a group of three men still didn’t seem enough to develop the bike of their dreams. When the eldest Davidson brother, William, later offered to pitch in, it seemed like the duo’s vision was slowly becoming a reality.

Now that they have two men who were experienced with handling machines, they formed The Harley-Davidson Motor Company in their first factory, a tiny wooden shed in the backyard of the Davidson Family home.

With three Davidson men working on the motorcycle, you’d think their name would come first on the company name, but William Harley did come up with the idea, so his name deserved to be mentioned first.

The Fast Lane Towards Growth and Development

Once the Harley-Davidson Motor Company was founded, it wasn’t long before the team of four came out with motorcycles. The 1903 Harley-Davidson was built with a bicycle crank, a single-cylinder engine, a leather drive belt, and pedals. A rider had to pedal the bike to build up engine compression before driving away with power.

1904 was a productive year for the motorbike company, with the team having produced three motorcycles. They surpassed expectations the following year, making seven motorcycles, over double of what they had built the previous year. At the rate the company was growing, it became apparent that they weren’t going to be working at the Davidson backyard for very long.

In 1906, they finally moved out of the backyard and into a new factory on Juneau Avenue in Milwaukee, where they could produce a record 50 machines. Four years later, Harley and the Davidson brothers had doubled the size of their factory, hired more than 30 employees, and increased production to a thousand motorcycles annually. 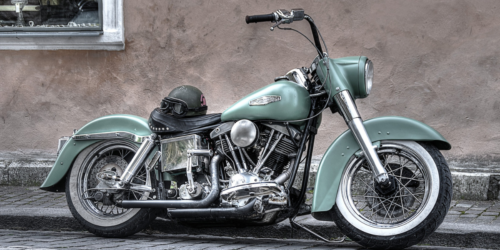 “The Wrecking Crew” and the Harley-Davidson Culture

No one could deny that the Harley-Davidson company was growing at an unbelievable speed, with production rising to 3,200 by 1910. Although increasing from three to more than a thousand motorcycles in production in just seven years is already considered an impossible feat, the motorbike company aimed to boost sales even more.

When Harley-Davidson sponsored “The Wrecking Crew” racing team, a famous racing team known for their exhilarating performances, it sparked a revolution that forever changed the company’s fate.

Sponsoring the famous racing team was the best move they could have ever made. Soon enough, the profits they gained by investing in “The Wrecking Crew” brought more opportunities and later on led to the immense success of the company today.

Who would’ve imagined that the idea born out of laziness and the invention produced from boyhood friendship would turn out to become the motorcycle pioneer?

Well, whether expected or not, the history of the Harley-Davidson company is very much true, completely changing the face of transportation. It’s incredible to see what you could do with a big dream, the right team, and continuous hard work, isn’t it?

And if you’ve been looking for the best motorcycle GPS in Australia for your Harley-Davidson, then we have just what you need! Solid GPS is an Aussie-Built tracker you can place anywhere and is simple to use. All you have to do is charge it up and turn it on, and then you’re good to go!

Enter your email below to get a special offer from us for your Solid GPS tracker.